Why do we choose to produce artisan loose leaf tea over commercial tea bag tea? It all boils down to freshness, quality and flavor.

The commercial tea bag is a modern invention designed to make tea drinking easy and convenient, but in its history gave us a lower-quality tea product that produces a one-dimensional flavor profile.

*Produced in the artisan orthodox method 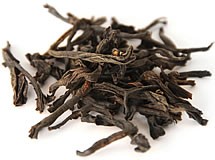 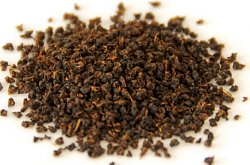 *For detailed information about orthodox vs. non-orthodox tea production, visit our “How is Tea Made?” page.

History of the tea bag

Most modern day commercial tea bags that contain CTC tea are made of bleached paper fiber and contain heat-sealable plastic. But the very first tea bag was made of hand-sewn silk and contained whole leaf tea.

During the first decade of the 1900s, New York tea merchant Thomas Sullivan began shipping small samples of his whole leaf teas packaged in hand-sewn silk tea bags to customers around the world.

Sending samples in silk tea bags was an inexpensive way for Mr. Sullivan to get his newest teas into customers’ cups without having to pony up the cost of packaging and shipping in tea tins.

The whole leaf tea was supposed to be removed from the silk bag to be brewed, but customers found it easier to just brew the tea contained in the bag. So when customers re-ordered tea from Mr. Sullivan, they requested he send it to them packaged in tea bags.

Hand-sewn silk tea bags proved costly and time-consuming to produce, so Mr. Sullivan moved to a gauze material and produced tea bags commercially for his customers during the 1920s. 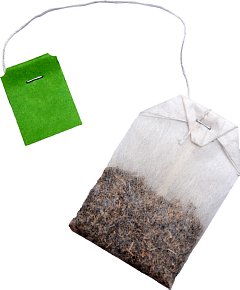 As the popularity of and demand for tea bags grew, tea merchants and producers looked for ways to cut costs and increase production.

Since customers proved to care more about the convenience of the tea bag than the quality of the tea, commercial tea producers moved to the machine-driven CTC method of tea production to keep up with tea bag demand.

Tea producers typically sourced lower quality tea and shredded the leaves to fit into small tea bags that could be machine produced, sealed with plastic or glue, and packaged with tags and strings for a more grocery-store marketable packaging design than loose leaf tea.

At Teatulia®, we’re able to give customers the best of both worlds – loose leaf quality and tea bag convenience. Just like New York tea merchant Thomas Sullivan in the early 1900s.

How? Tea bag technology is improving and we’ve discovered eco-friendly ways to offer tea bags to our customers, without sacrificing freshness and flavor.

Both of Teatulia’s tea bag options are made of unbleached, compostable materials that are chemical-free. There are no tags, strings, staples or extra packaging for our tea bags, so we’re able to deliver convenience with less waste. And both of our tea bags contain only fresh, flavorful, artisan-produced tea leaves.

We offer our organic, whole leaf teas packaged in single-serving corn silk pyramid tea bags. Our pyramid tea bags are large and roomy to give the fresh tea leaves plenty of space to interact with hot water for full flavor extraction. They can even be steeped multiple times, so you can get several cups of tea out of one tea bag. 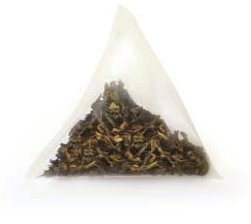 Our round tea bag:

For customers who’ve asked for the ultimate in convenience plus the strong flavor of a full-bodied tea, we’re now offering tea in round, unbleached paper bags. Unlike commercial tea bags filled with low-grade, shredded tea leaves and tea dust, our round tea bags are filled with fresh, organic, fine-cut tea leaves. The resulting brew is fuller-bodied and stronger than our pyramid tea bag brew. 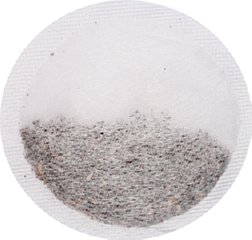 Learn about how tea is processed.

Learn what it means to be certified organic.