The 300-year-old rooibos (pronounced “roy-boss”) plant is just a baby compared to the 1,000-plus-year-old Camellia sinensis plant that yields what we know as black and green tea.

Rooibos is an herb native to South Africa that isn’t even a true “tea” at all. Rather, it’s a plant that when harvested and dried can be brewed into a reddish-brown herbal infusion dubbed “African red tea” or “red bush tea” by the tea industry. 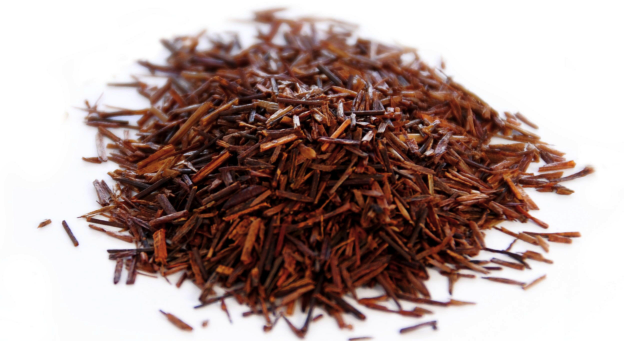 What is it about this young, herbal red tea that has captured our attention?

While the early tea-drinking Dutch settlers of South Africa popularized the brewing of rooibos in the 1700s as an alternative to the more expensive, imported black tea of the time, rooibos as a commercial tea crop didn’t evolve until the 1930s. This young, up-and-coming herbal tea-producing plant continues to evolve. In the late 1990s, green rooibos was created, which is a less oxidized version of the more recognizable red rooibos. And in the early 2000s, the industry developed powdered rooibos for cooking, concentrated rooibos for a tea-like “espresso” beverage, and rooibos extract to use as food flavoring and as a cosmetics product additive.

Rooibos is unique because it is indigenous to South Africa’s mountainous region of Cederberg (just north of Cape Town), where it still thrives today. One of the most bio-diverse areas of the country, Cederberg boasts a World Heritage protected wildlife area, 500-million-year-old sandstone formations and a 6,000-year-old rock art legacy left by the San people, or Bushmen, who originally inhabited the area.

Locals have been harvesting and brewing the naturally growing rooibos in the Cederberg region for hundreds of years. While farmers still harvest the wild growing rooibos in this region, some of the commercially grown rooibos has been transplanted to other regions of South Africa. In fact, South Africa is the only country in the world producing rooibos, boasting upwards of 450 growers who produce up to 15,000 tons of rooibos annually. About 7,000 tons of South Africa’s rooibos is exported to more than 30 countries around the world. Germany, the Netherlands, Japan, the United Kingdom and the United States are the biggest importers of the herb.

The rooibos plant, Aspalathus linearis, is a member of the legume family of plants that flourish in dry, mountainous regions with periods of significant rainfall. The linearis description of the plant comes from its linear growing structure, which creates long, needle-like leaves. The plant blooms in early spring with yellow-colored flowers. Each flower produces a legume with a single seed inside that pops out when ripe and lands on the dry ground around the plant. The early gatherers of wild rooibos discovered that ants harvested these seeds, so they typically hunted anthills for the seeds needed to repopulate rooibos plants. Today, farmers sift the sandy soil around the rooibos plant to gather the fresh seeds that start the new crops each spring. Rooibos plants take about 18 months to go from seedling to harvest-ready and are typically harvested during South Africa’s summer months.

Rooibos is harvested and processed in a similar fashion to the Camillia sinensis tea plant.

When harvested, the bushy rooibos plant is cut by hand and its stems and leaves are bound into bundles. The bundles are sorted and then cut or bruised to encourage oxidation. Oxidation, or exposure to oxygen, is what brings out the plant’s essential oils and helps the leaves develop their rich color and flavor. The more oxidized the rooibos, the redder in color and sweeter and richer in flavor it becomes. This is the version we know as red rooibos. A less oxidized rooibos is steamed and dried immediately instead of oxidized, so it remains slightly green in color and retains a grassy, mineral-like flavor. This less oxidized version is called green rooibos.

Rooibos is also graded like tea from the Camellia sinensis plant, where the grade depends on the leaf to stem content ratio. Higher grades of rooibos contain more flavorful leaves and less stem and dust.

For more information about how tea is processed, visit our How Tea is Made page.

Like any other tea or herbal infusion, rooibos is steeped in hot water to produce a tea-like beverage. Because it’s an herb, rooibos is completely caffeine free. So it’s a popular alternative to traditional caffeinated beverages like tea or coffee.

Smoky, sweet, woody, grassy, vanilla, floral, geranium, honey, herbal and caramel are just a handful of the words that can describe the flavor spectrum of sipping a rooibos tea. Teatulia®’s Rooibos Herbal Tea brews into a reddish-orange liquor that yields woody and earthy notes with hints of sweet vanilla. Full-bodied and nutty, our rooibos has a creamy sweet finish. Rooibos is delicious sipped on its own but it also holds up to a splash of milk and a little sugar or honey, which is the traditional South African way to sip rooibos.

Rooibos is becoming a popular herb outside the teacup as well:

Here are a few general tips for brewing a great cup of rooibos: 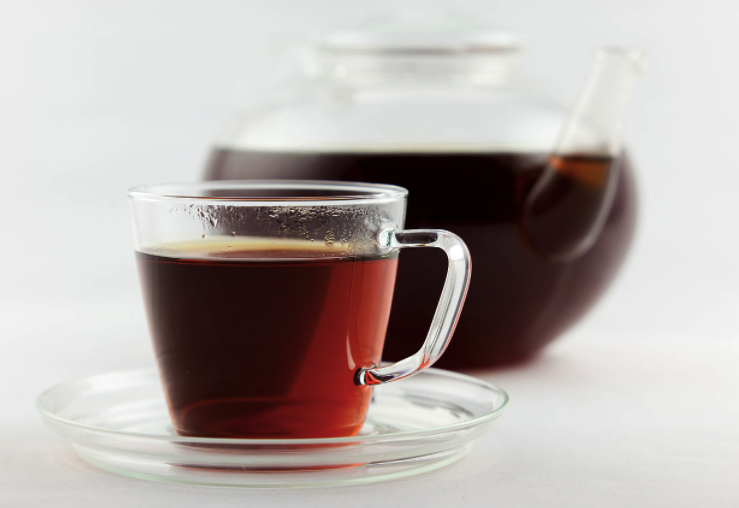 Rooibos, just like any other tea or herb, should be stored properly so it remains as fresh as possible on your shelf. It won’t ever really go “bad” but it can get stale. When rooibos is stale, it can taste weak, dusty or musty. And nobody likes a musty cup of tea.

Be sure and buy rooibos from a reputable company that can tell you when and how the tea was processed and packaged. Most herbs have the best flavor when brewed and enjoyed as soon as possible after their processing date. Since rooibos is oxidized in a similar fashion to black tea, it is more shelf stable than some teas and herbs and can technically stay fresh and drinkable for up to two years. To ensure your rooibos stays as fresh as possible as long as possible, take care to store it in a cool, dark place, away from light, oxygen, moisture and fragrant pantry companions like coffee or spices.

Rooibos Tea Gets Its Own Sensory Wheel, Just Like Wine and Coffee via The Salt on NPR.org