Used in everything from cosmetics to aromatherapy to beverages, calming chamomile has been around for ages, dating back thousands of years, at least to ancient Egyptian times. The daisy-like flowering plant comes from the Asteraceae family of plants (which also includes sunflowers, Echinacea and marigold) and is most famously known as a relaxing herb.

Even Peter Rabbit’s mother used the herb, sending the mischievous young bunny to bed with a cup of chamomile tea when he returns home after narrowly escaping from Mr. McGregor’s garden. 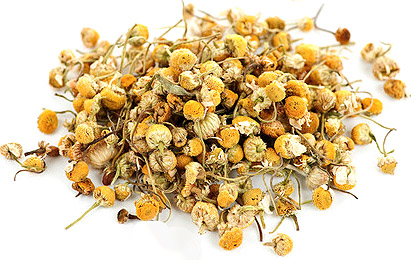 Our organic Teatulia® Chamomile Herbal Tea is likely one of the most soothing you will sip. This naturally caffeine-free herb boasts refreshingly sweet yet relaxing and grounding herbal and fruit notes. And it brews into a light gold color, like soft sunshine.s, dating back thousands of years, at least to ancient Egyptian times. The daisy-like flowering plant comes from the Asteraceae family of plants (which also includes sunflowers, Echinacea and marigold) and is most famously known as a relaxing herb. Even Peter Rabbit’s mother used the herb, sending the mischievous young bunny to bed with a cup of chamomile tea when he returns home after narrowly escaping from Mr. McGregor’s garden.

But it’s fun to explore this flowering herb beyond the teacup, since it’s so steeped in culture and history. 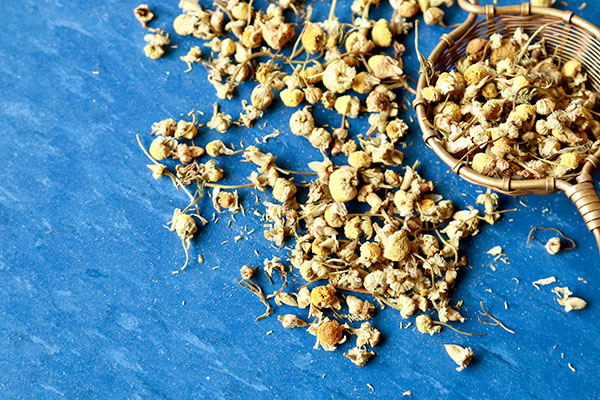 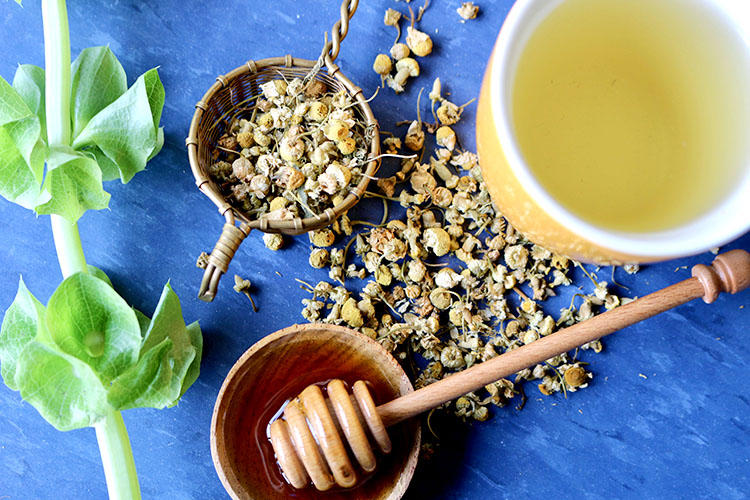 Perhaps as a nod to its ancient origins, much of the commercially available chamomile originates in Egypt. But both chamomile varieties are known to be cultivated in other temperate climates around the world, including India, South America, South Africa and Australia. Depending on where you live, starter plants can usually be found at garden stores for back yard or container herb gardening.

Fun fact: The amount of chamomile imported into the US each year is between 750,000 and one million pounds, with an estimated 90% of it used for herbal tea.

The term chamomile comes from the Greek word “chamomaela” or “ground apple” to describe its refreshing, apple-like scent. In Spain, chamomile has been known for centuries as “mantazilla” or “little apple” for the same reason.Whether used for its fragrance, its relaxing properties or its flavor profile, chamomile’s history spans many cultures and continents.

Ancient Egyptians dedicated chamomile to their Gods because they believed it to help cure “the fever”. The Spanish used chamomile as a flavoring agent in sherry making. The Romans sipped chamomile as a healing beverage and used it as incense. English brewers used chamomile flowers throughout the Middle Ages as a bittering agent in beer making. In fact, the bitter hops flowers we associate with beer making today eventually replaced chamomile as a key beer flavoring ingredient. Monks during the Middle Ages cultivated the plant not only for beer but also for use in traditional herbal remedies. They even noticed that planting chamomile near other species of ailing plants would aid in the ailing plant’s recovery. It was later discovered that the plant’s apple-like smell repels insects and other plant pests, which protects the chamomile as well as its neighbor plants.

Chamomile is still used in similar ways as in the days of old. It is still used in beer and wine making today. It’s one of the key ingredients used in flavoring a traditional wheat beer. And the Spanish still flavor their famously traditional Mazanilla sherry with chamomile. The next time you sip either of these libations, pay close attention and you’ll likely pick up on the floral, apple-like chamomile notes.

Chamomile is also being explored in many culinary applications, from ice creams to soup bases to French macarons. Its sweet and lightly herbal notes make it a sophisticated and unique flavor to add to desserts as well as savory treats.

There are many ways to use fragrant, calming chamomile at home. Here are some of our favorites.

Directions:
Bring sugar and water to a boil over medium-high heat, stirring until sugar dissolves. Add tea bags and remove from heat. Cover and let syrup cool. Strain syrup into a jar with a tight-fitting lid and store in the refrigerator until ready to use. Use syrup to sweeten and flavor fruit or yogurt. Mix with club soda or sparkling water and ice for a soothing and refreshing summer sip.

Directions:
Bring water to a boil. Place chamomile tea bags in a large glass jar and pour the boiled water over the tea bags. Cover and let steep for up to 24 hours to make a really strong brew. Discard the tea bags and pour the tea into a clean, empty spray bottle. Spray on indoor and outdoor plants as an insect repellant. Mist over outdoor umbrellas or outdoor furniture fabric to keep outdoor pests away. (Note: When spraying on fabric, test a small patch to make sure it doesn’t stain.)

Directions:
In a small saucepan, bring water to a boil. Add quinoa and nestle the tea bags into the quinoa so they are covered by both quinoa and water. Be careful that the tea bags are not touching the bottom or sides of the pan so they won’t burn. Reduce heat to barely a simmer. Cover and cook until quinoa has absorbed all of the water, about 15 to 20 minutes. Remove from heat and let stand another 5 minutes. Remove cover and fluff quinoa with a fork. Discard tea bags and serve quinoa warm or cold with your favorite veggies or protein. Stir in a dash of milk and honey and a handful of banana slices or raisins for a delicious warm or cold breakfast dish. 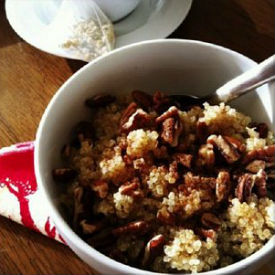 Sources:
How to Make Chamomile Garden Spray via Wikihow

The History of Chamomile via The English Chamomile Company

Chamomile: An Overview via National Center for Biotechnology Information