Ginger is the rhizome (the underground stem) of the plant Zingiber officinale, which includes other notable family members such as turmeric, cardamom and galangal. It’s often consumed on its own as a culinary delicacy or used as fragrant spice in cooking a variety of dishes from savory to sweet. It’s also known historically as a medicinal plant for its potential health benefits.

The ginger we grow in Teatulia®’s USDA-certified organic tea garden in Northern Bangladesh is what we use to produce our Ginger Herbal Tea blend—a warm, rich and spicy herbal blend of ginger and vasaka leaf. We love how our blend perfectly highlights the warm, peppery and sweet flavors found in ginger root.

While tea lovers like us know that ginger makes a delicious, fragrant and spicy cup of tea, it’s also fun to explore ginger’s rich history and its many applications beyond the teacup. 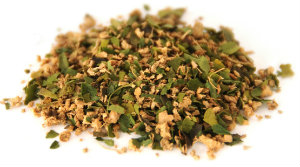 Ginger grows best in humid climates. The plant resembles bamboo in appearance and produces clusters of white and pink flower buds that bloom into beautiful yellow flowers. Because of its aesthetic appeal and the adaptation of the plant to warm climates, it’s often used as attractive landscaping around subtropical homes.

Cultivation of the plant began in South Asia and since the 16th century has spread to East Africa and the Caribbean. The major producers of ginger today are China and India, but other tropical countries such as Brazil and Jamaica are well-known producers and exporters of the plant.

Fun fact: Half of the world’s ginger is produced on India’s Malabar Coast, and most of the ginger shipped to the U.S. is from Hawaii.

Traditionally, ginger is gathered when the plant’s stalk begins to wither. The root is immediately washed and scraped to kill it and prevent it from sprouting.

When selecting fresh ginger at the grocery store, choose robust, firm roots that have a spicy fragrance and smooth skin. Don’t pick the roots that are cracked, withered or wrinkled; they are old and not as flavorful. When you get it home, store ginger tightly wrapped in a paper towel, plastic wrap or in a plastic bag in the refrigerator for 2 to 3 weeks. 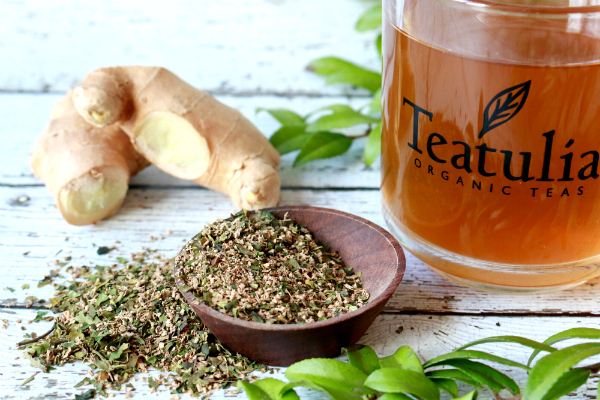 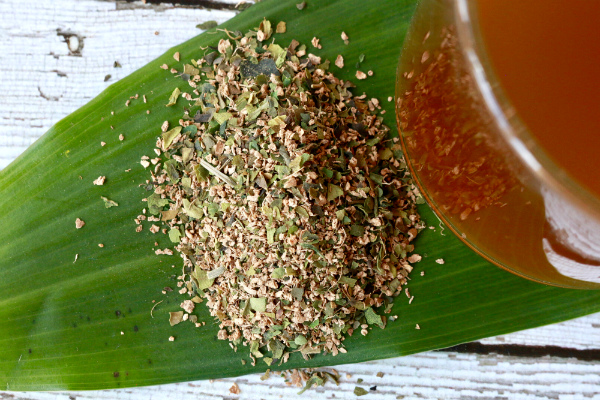 Ginger has a rich history of being used for traditional medicinal and culinary applications.

Ginger has been used as a healing herb in Ayurveda for thousands of years. Ayurveda is a traditional Hindu system of medicine that uses diet, herbal treatments and yogic breathing as part of a holistic approach to healing. Ayervedic practitioners recommend ginger to treat a variety of ailments, including nausea, rheumatism and arthritis.

Ginger was first introduced in Europe around 800 AD and ranked second to pepper as a culinary spice for centuries. To this day, it’s fragrant aroma and warming, spicy flavor makes ginger suitable for use in a wide range of dishes from savory to sweet.

There are so many fun ways to use warming, spicy and sweet ginger at home. Here are some of our favorites.

Directions:
Bring ginger, sugar and water to a boil over medium-high heat. Turn heat to low and let mixture simmer for 10 to 15 minutes. Remove from heat and let it cool. Strain syrup into a jar with a tight-fitting lid and store in the refrigerator until ready to use. Use to flavor iced tea and cocktails, or mix with club soda or sparkling water for a sweet and spicy homemade version of ginger ale.

Directions:
Peel the ginger and slice it thinly to maximize the surface area; this will help you make a very flavorful ginger tea. Boil the ginger in water for at least 10 minutes. For an even stronger and tangier tea, use more ginger and allow it to boil for 20 minutes or longer. Remove from heat and pour into a teacup (straining ginger if desired). Serve hot with lime or lemon juice and honey or agave nectar to taste.

Directions:
Place several pinches of ground ginger in a small jar. Pour oil over the spice. Shake well and allow it to infuse for several weeks in a cool, dark place. Shake every couple of days. After 4 to 6 weeks, strain the oil and store it in a sterilized jar with a tight cap. Rub onto achy joints to help relieve the pains associated with arthritic conditions.