Tea and coffee have both long been touted for their physical, mental, emotional and social benefits. While both drinks have their advantages, both tea enthusiasts and coffee lovers will defend their drink of choice to the end. With the fierce competition between the two drinks, it may be difficult to sort out what's true and what's just hype. The following comparisons examine the potential benefits of the world's two most popular hot drinks, allowing you to decide for yourself how they stack up. That being said, we see absolutely no reason why you can’t be a tea and a coffee person.

Both tea and coffee serve important social functions. For millennia, friends and family members have used the two drinks as a reason to gather and discuss everything from diplomatic measures to the latest gossip. Today, the drinks continue to be a mainstay of discussion groups, although they now tend to be split by function.

For example, tea is considered the drink of relaxation, which is why friends often use it as a way to unwind after a long day. Coffee, on the other hand, has come to be associated with the work world. Coworkers frequently gather around the coffee pot to take a break from their duties and charge up for the rest of the day.

Is caffeine beneficial? It depends who you ask: The harried worker facing a 16-hour shift may depend on the energy boost that caffeine provides, but researchers disagree on whether caffeine serves as a health risk or benefit.

But when consumed in excess, caffeine can lead to reduced concentration and even panic attacks. Both coffee and several types of tea include caffeine, but coffee contains a much higher concentration. For this reason, those apt to drink large quantities are better off sticking to tea so that they don't exceed the daily recommendation of 300 milligrams.

Coffee has its advantages, but tea wins in the war of the antioxidants. While green tea is most commonly associated with antioxidants, white tea actually contains more. Coffee also contains antioxidants, but in a much lower concentration than white tea.

Both tea and coffee are capable of providing drinkers with benefits. Despite all the research, there still is no conclusive answer as to which drink is the better health choice. Based on caffeine levels, tea might be better if you like drinking your beverages in large quantities. Otherwise, when consumed in moderation, both beverages make an excellent addition to an overall balanced diet. 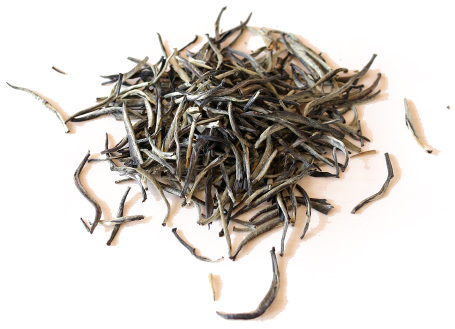 In the end, the choice is up to you. But if you’re looking for a drink that gives you healthy boost and a great taste, choosing Teatulia® gives you the opportunity to drink well.